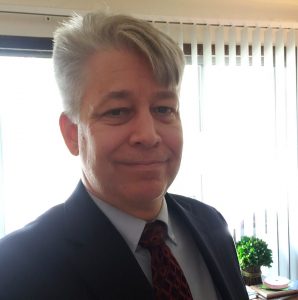 Dan McGrath is no Stranger to Election Integrity Battles

Minneapolis – Dan McGrath is a candidate for county commissioner in Ramsey County’s 2nd Commissioner District. He’s also a member of the Minnesota Voters Alliance and has a long history of working for integrity in Minnesota’s elections. On Thursday, he announced that he has joined a lawsuit with the MVA aimed at compelling errant elections officials in Ramsey County to follow the law as written when handling absentee ballots. So-called ballot boards are supposed to be comprised of citizen election judges of different political parties to help ensure fairness, but the lawsuit says Ramsey County isn’t doing that.

“I don’t know what makes some bureaucrats think they can ignore the statutes and make up their own rules,” McGrath said. “A clean election process that follows the law with citizen oversight and transparency is crucial for voter confidence in the outcomes.”

McGrath is no stranger to election integrity initiatives. As a non-profit director, his research into illegal voting led to a record number of voter fraud convictions between 2009 and 2011. He has been a leading advocate for requiring identification to vote, has initiated winning lawsuits in the Minnesota and United States Supreme Courts and played a significant role in a number of changes to Minnesota’s election laws that have been enacted. McGrath is the founder of Election Integrity Watch, which encourages citizen involvement in upholding fair and lawful elections.

The lawsuit seeks a writ of Mandamus. It claims that the County’s procedure for establishing absentee ballot boards is in conflict with Minnesota law requiring the ballot boards, which act to determine the validity of absentee ballots, be made up of a certain number of election judges from different major political parties.

Erick Kaardal of Mohrman, Kaardal & Erickson, PA is representing the plaintiffs in the case. If granted by the Court, the writ would then compel the county to comply with state statutes.

According to the court filing, local governments are only allowed to supplement staff members on the ballot boards when the lists of available election judges appointed by the major political parties are exhausted, but in Ramsey County, according to the lawsuit, those lists are largely ignored and the process for accepting and rejecting of absentee ballot envelopes is instead being done by county bureaucrats who are not disclosing their political party affiliations.

The petition for the writ also asserts that since county bureaucrats are not disclosing their affiliations, another law requiring that each absentee ballot be examined by at least two judges of different major political parties is also being ignored.

Petition for Writ of Mandamus (as filed with the court)