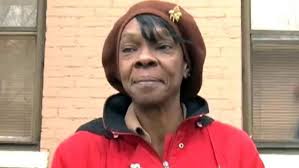 Melowese Richardson is the poster girl for vote fraud.

The Ohio poll worker was sentenced last July to five years in prison after being convicted of voting twice in the 2012 election and voting three times — in 2008, 2011 and 2012 — in the name of her sister, in a coma since 2003, according to USA Today.

This might be below Chicago graveyard standards, but it’s still impressive. Ms. Richardson has become a heroine to the left, which is working with its legal arm — the U.S. Justice Department — to kill voter photo-ID laws in order to ensure that creative voting continues.

Read the rest at the Washington Times.

Donate: We're Doing away with all Paypal and Go Fund Me connections. New donation options will be available, soon.
Absentee Ballots, Voter Fraud in the News

Look for new donation options, soon. We're doing away with all links to Paypal and Go Fund Me.