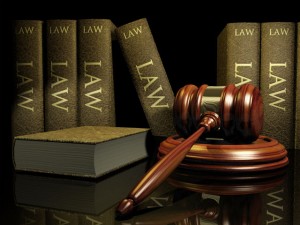 Becoming familiar with state and federal election laws can help you understand what is expected of voters and election officials, as well as identify irregular activities.  Here are some of the main points of the law and links to other references that may be helpful.

Voters must be at least 18 year of age, citizens of the United State of America, and a resident of the State of Minnesota for at least 20 days before the election.

Individuals who have been convicted of a felony or treason who have not had their voting rights restored (this happens automatically when the individual has completed their sentence, including parole or probation) and individuals found legally incompetent by a court are not eligible to vote.

Any individual who votes, who knowingly is not eligible is guilty of a felony and subject to up to 5 years in prison and a $10,000 fine.

An eligible voter may only vote in the precinct in which the voter maintains residence. Voting outside one’s own precinct is a misdemeanor.

It is a felony to attempt to register a voter in any precinct if the voter is not eligible to vote; to attempt to cause a voter to be registered for the purpose of voting in more than one precinct; to misrepresent a voter’s identity; or to aid, abet, counsel or procure a voter to register illegally.

An election worker who has knowledge of a violation of election law must report it to their county auditor. Failure to do so is a felony.

A county attorney who is notified of an election law violation by written affidavit is compelled by law to promptly investigate, and to prosecute if cause is found. Failure to do so is a misdemeanor and upon conviction, the attorney shall forfeit office.

It is a gross misdemeanor to deceive a voter in order to prevent them from voting (such as providing false times, or locations for voting).

Conduct in and Near Polling Places (Minnesota Statute 204C.06)

Voters shall be permitted to go to and from the polling place for the purpose of voting without interference.

No one except an election official, other authorized person or an individual in line to register or vote may linger within 100’ of a polling place.

Representatives of the secretary of state’s office and the county auditor’s office may be present at the polling place to observe election procedures. Election judges, sergeants-at-arms, poll challengers and credentialed press may remain inside the polling place. Election officials are required to wear visible identification.

Except when summoned to restore the peace, or to vote, police officers may not enter or remain within in a polling place or stand within 50’ of the entrance.

Removing election rosters from a polling place during voting hours is a felony.

Campaigning within 100 feet of a polling place is prohibited. This includes political signs, stickers, buttons, or apparel.

It is a felony to misrepresent one’s identity in applying for a ballot; vote more than once in the same election; put a ballot in a ballot box for any illegal purpose; give more than one ballot to an election judge to be placed in the ballot box, or for a voter to place more than one ballot into a voting machine themselves; aid, abet, counsel or procure another to go into any precinct for the purpose of voting in that precinct, knowing that the individual is not eligible to vote in that precinct

Major political parties are allowed to appoint by certificate, one poll challenger in each precinct. Poll challengers must be residents of Minnesota and can’t be election judges.

Election Judges must permit official poll challengers to remain in the polling place and observe the election process, including tabulation after the polls close.

Challengers may converse with voters only to determine, in the presence of an election judge, whether the voter is eligible to vote in the precinct.

Poll Challengers are not permitted to use “Caging lists.” A Caging list is a list of voters to whom a piece of mail could not be delivered for purpose of challenging their residence and eligibility. Election judges may challenge voters based on undeliverable official election mail, however.

Any voter can challenge another voter’s eligibility to vote. It doesn’t have to be an election judge or official poll challenger (though election judges are required to challenge a voter if they have reason to believe they aren’t eligible). Voters may be challenged on the grounds of residence and/or eligibility.

A challenged individual who leaves the polling place and returns later willing to answer questions or sign a polling place roster must still not be allowed to vote.

A complete index of Minnesota’s Election Statutes can be found in Public Law Chapters 200 – 209. Pay particular attention to Chapters 201 and 204C.